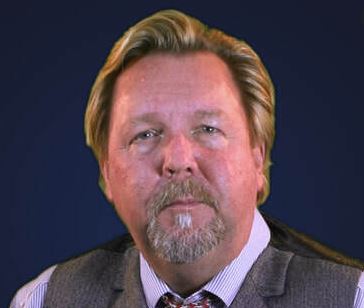 Hailing from Southeast Texas and the heart of the petrochemical industry, Brent readily acclimated to the strong work ethic that built heavy industry in the area, and at the same time bore witness to the tragedies that all too often befell workers engaged in the industrial trades.

Graduating at the top of his class in high school, next running a successful construction company, and then sailing through college and law school in four years, Brent understood that it took hard work, dedication, and discipline to get ahead. Thirty years later, those same principles set Brent Coon & Associates apart. A partner in a well known litigation firm less than three years out of law school, Brent had already tried dozens of lawsuits to verdict, most as solo counsel, and always for the plaintiff. He achieved his first million dollar verdict in those early years and was on the fast track as he continued to win many other multi-million dollar verdicts over the years in a variety of cases involving occupational disease, environmental contamination, transportation injuries, products liability, maritime law and general negligence.

Today, his law firm has grown to national and international prominence. With a number of anchoring litigation offices from Ohio to California, and a network of over 100 associated firms around the country and abroad, the firm has the capacity to take on any type of litigation almost anywhere in the world. Brent has personally obtained jury verdicts for over 200 clients, with over 20 verdicts in excess of a million dollars. His first major case was in 1989, where he worked with a team of litigation experts from several firms in the largest consolidated trial in history, spending almost a year in trial and helping to win a verdict in excess of one billion dollars at the ripe age of 29. He continued to develop and settle thousands of additional cases, with recoveries of up to $200 million in a single year.

In only a decade since founding his own firm, Brent Coon and Associates, he has recovered in excess of a billion dollars for victims of catastrophic injury, occupational disease, pharmaceutical harm and environmental pollution.

Brent is well known as an expert in the petrochemical industry, and has been a regular guest in the legal arena as a speaker at legal seminars and educational programs and as a guest commentator and advocate with multiple media sources, including 60 Minutes, CNN, MSNBC, BBC, and most other well known media outlets around the world. His firm is at the forefront of the safety debate in industrial workplaces, and he has personally testified in various state legislative forums and before the US Congress. He is a very strong advocate of legal rights, and has taken on the U.S. Chamber of Commerce and their attack on consumer protections, the environment and corporate liability and he has spent countless hours tracking the tort reform efforts and responding to the rhetoric of the tort reform movement.

A strong believer in corporate accountability, Brent has not only pursued civil restitution but also criminal indictments against corporate officers for egregious malfeasance, most notably in the BP Texas City Refinery Explosion in 2005. In that case, Brent took over 200 corporate officer depositions and successfully argued to the Texas Supreme Court the right to take the deposition of the CEO of BP. His work then assisted the Department of Justice in obtaining felony criminal pleas against BP and the termination of all key personnel in the chain of command from the plant manager through the CEO, and unprecedented feat.

He has made opposition to tort reform his personal challenge and has served on the Board of Directors of the Texas Trial Lawyers for over 20 years, the AAJ Leaders Forum and numerous other trial advocacy organizations. He is a recipient of the Steven Sharp “Trial Lawyer of the Year Award” from the AAJ and the Clarence Darrow Award, a finalist as lawyer of the year with Trial Lawyers for Public Justice, an ALM Top 100 Plaintiff Lawyers in the Country, a founding member of The National Trial Lawyers Association, a Fortune 500 “Top 100 Go To Attorneys” along with numerous other accolades. He is designated counsel for a variety of advocacy, public policy, environmental and organized labor groups, including numerous aviation, petrochemical, law enforcement, timber, and railroad unions around the country. Brent only works almost exclusively for plaintiffs.

U.S. District Court for the Southern District of Texas, 1987

U.S. District Court for the Northern District of Texas, 1994

Board Certified, Civil Trial Law, National Board of Trial Advocacy

April, 2006 “Attorney of the Month” - Forbes Magazine. Including: SkyRadio interview with Stephen Murphy

2007 “The Clarence Darrow Award” - presented by Mass Torts Made Perfect. (Award is given to Plaintiff Trial Attorneys for outstanding achievement in representation and exhibiting the standards of their profession. Past recipients include Robert Kennedy, Jr., Eliot Spitzer, Johnnie Cochran, Morris Dees, Ed Blizzard, John O’Quinn and Ron Motley.)

2007 "Steven J. Sharp Public Service Award" (Presented annually to those attorneys and clients whose cases tell the story of American Civil Justice and help educate state and national policy makers and the public about the importance of consumers’ rights.)

2014 21st Edition of The Best Lawyers in America

2015 22nd Edition of The Best Lawyers of America

“Best of the Best”, American Registry

2019 Top Attorneys in Texas, as published in Texas Monthly.