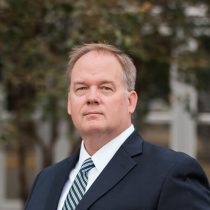 The majority of his practice deals with complex product liability cases involving serious injury or death. He has handled several cases against manufacturers of aircraft, light and heavy trucks, automobiles, and agricultural and construction equipment, and he has received several seven- and eight-figure settlements and verdicts.

Mike enjoys highly technical cases and has a particular passion for working on behalf of injured children along with an interest in cases involving traumatic brain injuries.

Mike was instrumental in the litigation related to General Motors (GM) defective ignition switches. The switches can move from the “run” to the “accessory” or “off” position while the vehicle is in operation, resulting in a loss of power. This disables power steering, brakes, and can disable the airbags, just when a motorist needs them most. Drivers may lose control of the vehicle and crash. GM began recalling cars in February 2014, although evidence indicates the manufacturer may have known about the problem as early as 2001. Mike handled cases that involved serious injuries and death as a result of these defective ignition switches.

On Sept. 2, 2015, Mike and partner Kendall Dunson received an $8 million verdict on behalf of a nurse who was seriously injured in a car accident involving a 2004 Volkswagen Passat. In that case, a federal court jury found that the Honeywell turbocharger in the Passat was defective and dangerous in that it allowed oil to leak through the turbocharger compressor seal. As a result, the diesel engine ingested the oil and resulted in an uncontrolled vehicle runaway. Medical expenses exceeded $650,000. The jury award included $1 million for the husband for loss of consortium.

On March 20, 2015, Mike was on the trial team that received a verdict in Mobile for a young man paralyzed in a heavy truck rollover. The jury awarded $18.8 million, $5 million of which were punitive damages. The trial team entered into a high/low agreement while the jury deliberated, resulting in a payment to the client of $14 million. There were partial settlements before trial for confidential amounts.

Mike also has a particular interest in cases involving Traumatic Brain Injury. TBI results from a blow to the head from repeated concussions as well as severe head injuries. While the physical injury related to a head trauma may be diagnosed visibly, many people do not realize they are suffering from a TBI and may have what are often called “invisible symptoms.” These may include memory loss, depression, aggression, suicidal thoughts, even body temperature and sensation issues.

Mike was recently named by the National Trial Lawyers to the Top 10 Aviation Attorneys in the United States. Membership is by invitation only and is extended to the most qualified attorneys for each state or region.

He and his wife, the former Carol Benton, were reared in Dothan, Alabama. They have three children: Shelby, David Michael II and Jack. Mike and his family attend First Baptist Church in Dothan. Also of note, Mike is a photographer whose work has received both local and national awards.