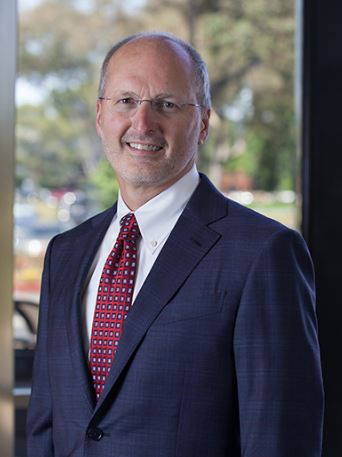 Mike Danko has tried cases across the country, from Hawaii to Massachusetts. He has been named one of Northern California’s “Top 100” Super Lawyers by Thomson Reuters, one of “Top 100” Trial Lawyers by the National Trial Lawyers, and one of the Best Lawyers in America by US News and World Report.

Mike has extensive experience representing those seriously injured in explosions and fires, in accidents involving cars, bicycles, or aircraft, and by dangerous or defective products.

By holding wrongdoers accountable, a lawsuit can take the profit out of harming others. It can deter wrongdoing in the future and change for the better the way corporations do business.

Mike found the work more lucrative than it was fulfilling. Instead of protecting corporations, Mike wanted to help ordinary people. So Mike turned to representing those who have suffered catastrophic injuries, and the families of those who have been killed, due to the negligence or wrongdoing of others. Since then, has earned for his clients hundreds of millions of dollars in settlements and in judge and jury awards. The awards have helped pay for ongoing medical treatment and care for the injured, and have served to compensate families for the loss of a loved one.

Mike has been honored as the San Mateo County Trial Lawyer of the Year, and has been nominated for a Trial Lawyer of the Year award by his state’s trial lawyers association. Mike has been named a Northern California Super Lawyer each year since the award’s inception in 2004, an honor accorded to less than 5 percent of the state’s lawyers. Thomson Reuters named him one of the “Top 100” Super Lawyers in Northern California in 2012, 2013, 2014, 2016 and 2018. Mike has been named one of the nation’s 500 Leading Consumer Lawyers by Lawdragon, a “Top 100” Trial Lawyer by the National Trial Lawyers, and a “Best Lawyers in America” each year since 2011.

As a spokesman for his clients and to prevent others from being needlessly killed or injured–from such causes as dangerous candy that chokes children, old tires subject to sudden detreading, or utility company fires and explosions–Mike has appeared on numerous national radio and television shows such as The CBS Early Show, Good Morning America, ABC News, Fox News, CBS News and CNBC. He is frequently interviewed by national print media such as USA Today, the New York Times, the Wall Street Journal, The Los Angeles Times, Forbes, and Reuters.

Mike Danko is an experienced pilot who has logged more than 4000 flight hours over a 30 years span. He is jet-rated and owns and operates a number of different aircraft including a helicopter. Mike’s flying experience gives him a unique, in-depth, and personal knowledge of aviation from the pilot’s point of view, an asset which often proves key to successfully representing victims of aviation accidents.

$14.9 million jury verdict against an engine manufacturer for injuries a passenger sustained in the crash landing of a single-engine aircraft

$2.6 million settlement for a policy holder whose insurance company wrongfully refused to pay $225,000 in medical bills

$10 million court judgment against a large developer for the breach of a promise to deposit $400,000 into purchase escrow

$20 million settlement for a pedestrian injured by a utility explosion

$9.8 million jury verdict against a snow resort for a woman injured in a snowboarding accident

$2.9 million jury verdict against an overhaul facility for a pilot injured in helicopter crash

$9.5 million jury verdict against the State of California for the family of bicyclist killed in crosswalk

$2.2 million court judgment against a state entity for a bicyclist who fell after hitting an obstruction in the road

$1.55 million settlement for woman injured in a plane crash at Lake Tahoe

$9.75 million settlement for a family injured in a tour helicopter crash on the island of Kauai

Confidential settlements for 59 victims of the PG&E gas explosion in San Bruno, California