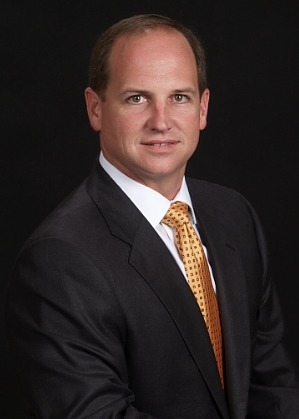 In 2006, just five years after graduating from law school, and after having practiced with one of the most successful and highly respected large Plaintiff's firms in the region, Tucker followed his dream of owning his own business and practicing law exactly the way he wanted to practice. Now over a decade later, through hard work, dedication and many long hours Tucker has built Yance Law Firm into what it is today. During that time, Tucker was selected by the National Trial Lawyers Association as a Top 40 Under 40 trial lawyer, and upon reaching the age of 40 was selected as a Top 100 trial lawyer by the association. The National Aviation Trial Lawyers has selected Tucker as a Top 10 aviation trial lawyer. He has earned an AV-preeminent rating from Martindale-Hubbell, the highest rating offered by the most respected and widely used peer review rating system in the legal profession, and has also been selected as a Super Lawyer Rising Star. Two years after Tucker started Yance Law Firm, he was honored to have his father Jim join his firm "of counsel" to complete what has been a remarkable 40+ year career.

Tucker is an experienced jury trial advocate, having acted as lead counsel on complex cases involving serious injury or death with multi-million dollar results. Not only has he successfully tried many cases to verdict and final judgment, he is also an accomplished negotiator, having settled or otherwise resolved a variety of cases through mediation and other forms of alternative dispute resolution. Tucker’s cases have been featured in USA Today, The Mobile Register, local newspapers across the state, and various legal periodicals. In 2008 Alabama Law Weekly recognized Tucker as having achieved the second largest jury verdict in Alabama for the prior year with a 10.25 million dollar verdict.

Tucker, an airplane pilot licensed since age 17 and instrument rated by the FAA, focuses a significant amount of his legal practice on aircraft crashes and other aviation related cases originating all across the United States and internationally. The highly complex and analytical nature of aviation disaster litigation contributes greatly to Tucker's skill, knowledge and ability to handle cases involving other types of crashes, accidents, disasters, injuries and other issues in a wide range of areas in which he has substantial experience, including many types of:

In 2009, while building his law practice, Tucker tackled a different project and took a very big risk to acquire and save the struggling Earth Resources, Mobile's only curbside recycling company. At that time it was very apparent that Earth Resources was failing, and that if it failed, the residents of the city of Mobile would be without the ability to have their recycling collected at the curb, and thus thousands of tons of recyclable material would end up in the landfill. Tucker and his team not only successfully acquired and saved the struggling company, it is still alive, well and growing today despite the "bumps and bruises" along the way. Tucker remains the majority shareholder of Earth Resources, a GreenWise Company, LLC and serves as its president and managing member.

Tucker and his wife, Dana, were both born and raised in the Mobile area. They currently reside in Mobile with their three children, Mary Martin, Katy, and Ty. Tucker is an active member of Dauphin Way United Methodist Church in Mobile and has served in many leadership positions on various committees within the church. Tucker has coached 11+ seasons of youth baseball and 4+ seasons of youth football. Tucker and his whole family love nature and the outdoors and enjoy nearly every activity such love has to offer including hunting, fishing, surfing, snow skiing, boating, water sports and so on.