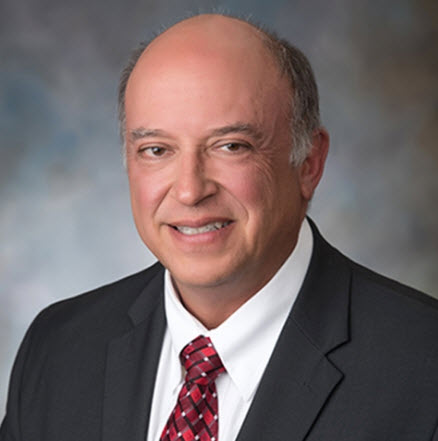 Ron is an experienced personal injury attorney in Topeka who is dedicated to representing those injured by another’s negligence. He attended Emporia State University, where he received his Bachelors before going to Washburn University School of Law in Topeka to earn his Juris Doctor. Ron is an active member of the legal community - throughout the years of his career, he has been involved a number of associations including the American Board of Trial Advocates, the American Association for Justice, the American Trial Lawyers Association, and the American Bar Association.

Ron's outstanding legal work has earned him numerous awards and accolades, including:

Marques Who’s Who for Lawyers – 2006-Present

Ron is the proud father of three children: RJ (Robert), Harley, and Jett. Over the years, Ron has been actively involved in boy scouts and has coached various youth sports, including soccer for more than 10 years. His sons Harley and Jett share Ron’s love of sports and debate and are all black belts in Taekwondo. He and his sons regularly train together and participate in tournaments.

As a family man, Ron centers many of his activities around the family. You will generally find him doing some type of kid’s activities, and he will often invite friends and family over for dinner every Sunday. On occasion, there may be as many as 15 to 25 people over at the Pope residence eating Sunday dinner together.

During his free time, Ron practices martial arts and participates in competitive sparring matches. On the weekend, you may even see Ron flying his airplane and enjoying the beautiful Kansas sunrise and sunsets. He is also a single-engine, multi-engine, instrument flight instructor.

Ethics and the Information Age

Medical Negligence in the 90's

"Aviation Law and Medical Malpractice", Top Lawyers: The Secrets To Their Success

American Board of Trial Advocates

Marques Who’s Who for Lawyers – 2006-Present

American Board of Trial Advocates 1998-Present